The Czech Crown (in Czech “Koruna”) is the legal currency in the Czech Republic since 1993, although it first appeared in 1919.

The symbol of the Czech crown is “Kč” and its ISO 4217 code is CZK. In English the currency is called “Czech crown” or “Czech koruna”. The real euro-crown exchange (the one you will find if you buy or pay as a consumer in the Czech Republic) will be around 22 crowns per euro. In other words, 100 crowns would be equivalent to about 4.5 euros.

Origins of the Czech Republic currency

To understand why the Czech crown is used in the Czech Republic, it is necessary to go back many years before and understand the formation and subsequent disintegration of Czechoslovakia.

Czechoslovakia was created as an independent state in 1918 after the dissolution of the Austro-Hungarian Empire. It was actually a federation of two towns.

In 1992, after the fall of the “iron curtain” that precipitated the fall of the Berlin wall in November 1989, the possibility of separation was dropped by Vladimír Mečiar, candidate for Slovak head of government, while Vaclav Klaus, on the side Czech was against.

On January 1, 1993, the political decision of the separation of Czechoslovakia into two independent states was publicly announced: the Czech Republic (Czech Republic) and Slovakia. This decision was not submitted to referendum.

The reality is that at present, Czechs and Slovaks do not see the advantage of continuing to remain separate. According to a survey by the Median agency, only 44% of Czechs currently consider the Czechoslovakia division a positive event.

Banknotes of the first series of Czech crowns were stamped on those of 20, 50, 100, 500 and 1000 Czechoslovak crowns, but a new series was introduced in 1993. The exclusive issuing body of Czech notes and coins is the Czech Central Bank (Czech National Bank CNB).

This banknote is in circulation as of September 5, 2018 and is coloured green. Its equivalent value in euros would be as of this post of about 3.50 euros. 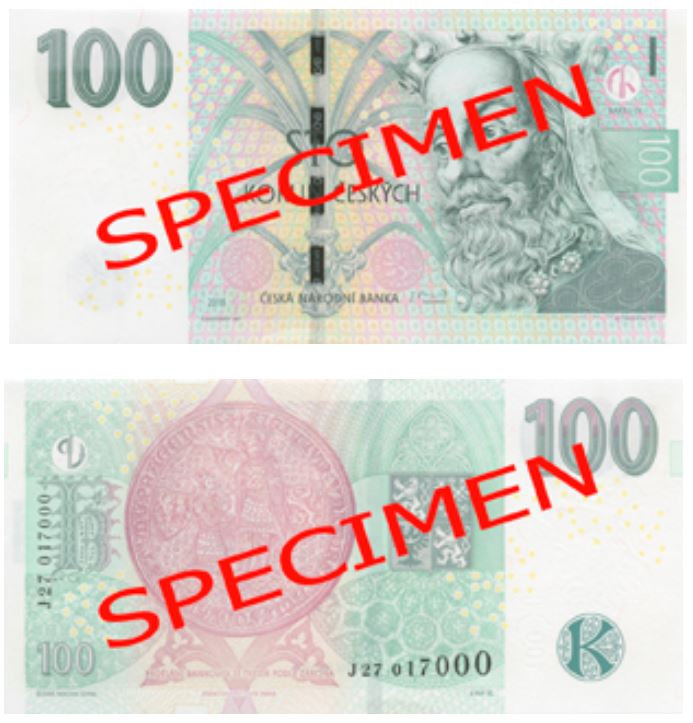 This note has been in circulation in the Czech Republic since January 6, 1999 and is brown in color. Its countervalue in euros would be as of this post of about 7 euros. 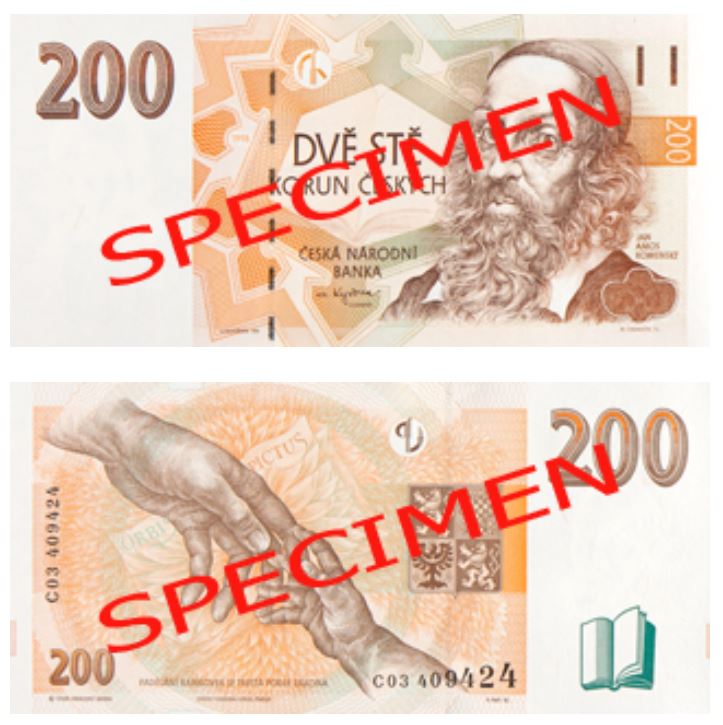 This banknote is in circulation in the Czech Republic since April 1, 2009 and is brown. Its equivalent value in euros would be as of this post of about 18 euros. 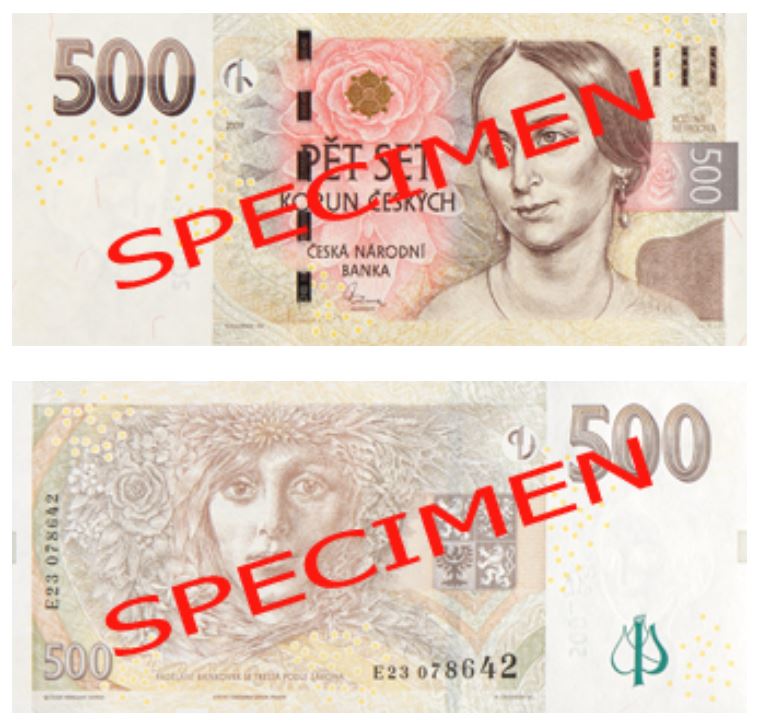 The 1000 CZK banknote is violet. It circulates since April 1, 2008 and its countervaluation in euros at the date of this post would be about 36 euros at the exchange. 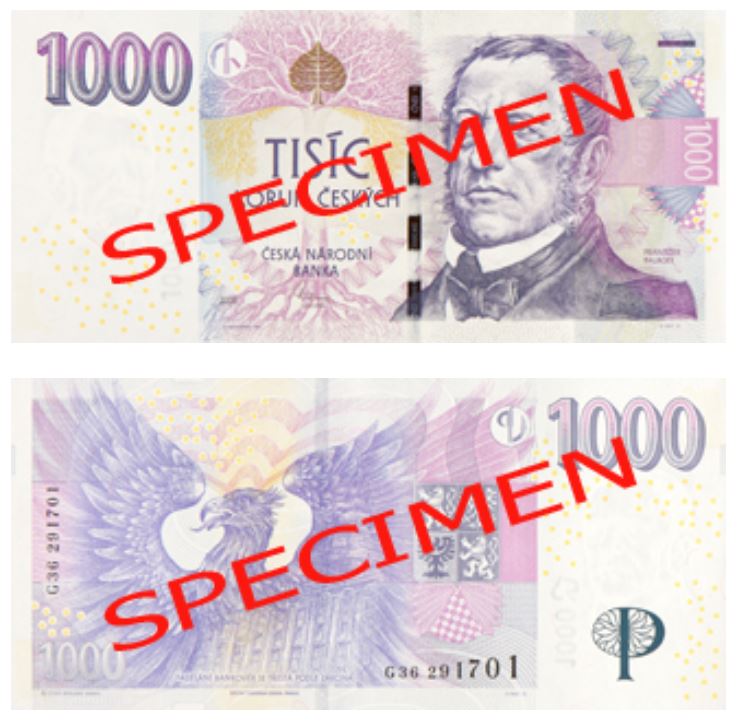 The 5000 crowns bill has bluish hues. It circulates in the Czech Republic since July 2, 2007. Its countervaluation in euros would be as of this post of about 72 euros. 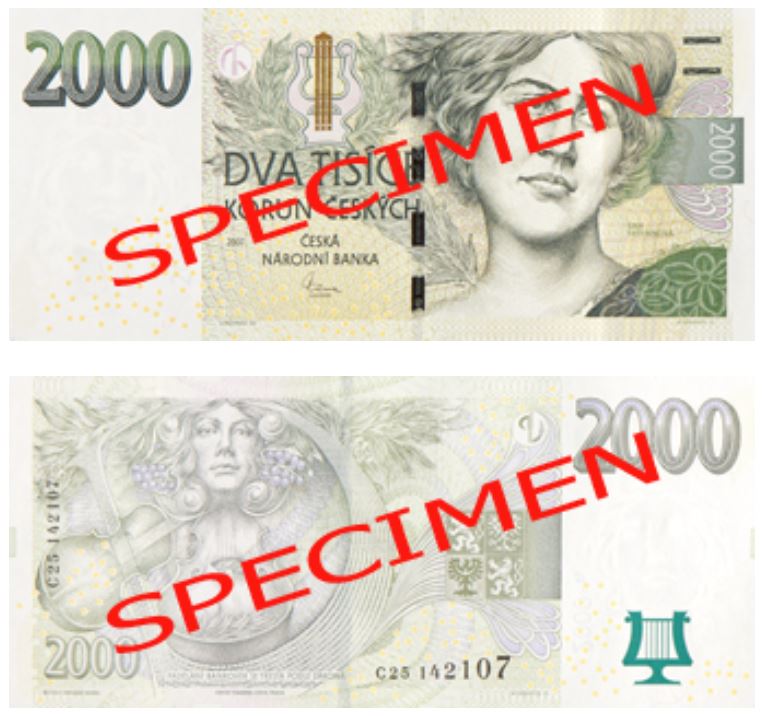 The 5000 crowns bill has bluish hues. It circulates in the Czech Republic since December 1, 2009. Its equivalent value in euros would be as of this post of about 181 euros. 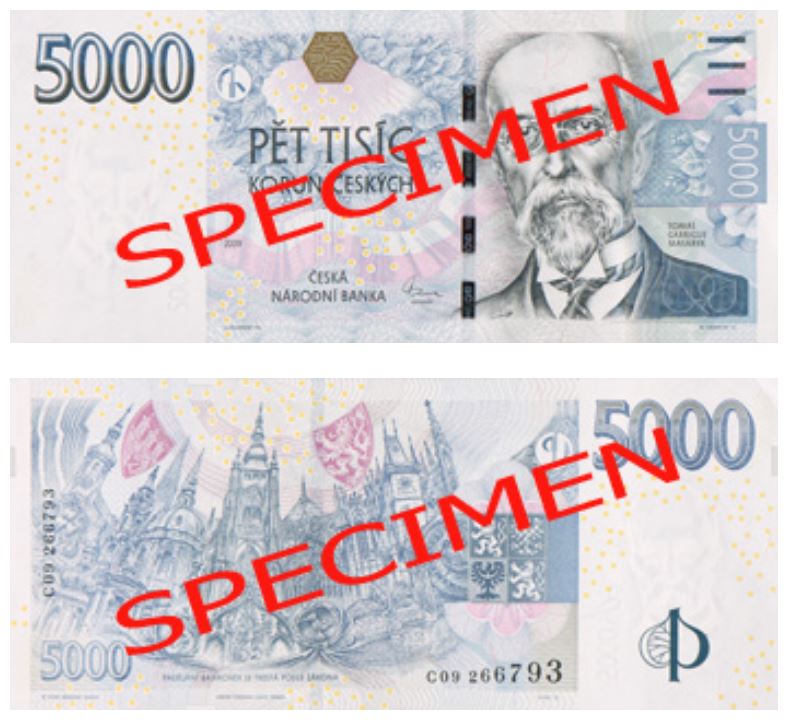 Number of notes in circulation

Of the previous banknotes, the ones that circulate the most are those with the highest nominal value. This table of the CNB shows that the most popular notes in the Czech Republic are the 2000 Kč bill, followed by 5000 Kč and 1000 Kč notes.

The coins used in the Czech Republic range from 1 to 50 crowns. According to the previous table of the CNB, only 3% of the crowns that circulate around the country move in coins, so the most common is that you handle with banknotes, and much less with coins.

Officially, each crown has 100 cents, called “haléřů” (1Kč = 100 haléřů), but cents are not used (there are no coins to back them up). Although prices are shown in crowns with pennies in shops and restaurants in the Czech Republic. This means that in the shops of the Czech Republic the rounding up is applied to the next whole denomination of the Czech crown (1, 2, 5, etc.).

We see it with an example: a price in a supermarket of 9 crowns with 75 cents means that you will be charged 10 crowns. Keep that in mind.

Can you pay in euros? Why was this currency not adopted if they are European?

On May 1, 2004, the Czech Republic adhered with full rights to the European Union. However, they did not adopt the single euro currency as the official means of payment. Years later, they planned to adopt the euro in 2010. But the Czech government suspended the plan indefinitely in 2005. Although the Czech Republic could adopt the euro, there is considerable opposition from the population. A survey conducted in 2014 showed that only 16% of the population would be in favor of replacing the crown with the euro.

However, in many shops, restaurants and tourist areas they will allow you to pay in euros (watch out for the change they will apply that will be very unfavorable) and they will usually turn you around in crowns (CZK).

The exchange rate of the euro with respect to the Czech crown oscillates at all times. If you search Google for “Euro Czech Crown exchange rate” you will find dozens of websites that offer a “rate” of the day, even with Google Finance prices. Something like that (November 19, 2019):

As you can see, the rates last year ranged between 25.5 and 26 crowns per euro, but keep in mind that this graph represents the value of the “currency” against the euro, and not that of the paper currency (banknotes), which it’s lower. In fact, in the currency suppliers in Spain you can buy Czech crowns at an exchange rate of between 20 and 22 crowns per euro, nothing to do with the Euro to Crown currency exchange.

-These prices you see are usually wholesale prices of the Czech krona currency against the euro currency (currency and currency are not the same).

-This price can only have the banks with each other, that is, it is impossible to get it as a private individual.

If you need paper crowns you will have to go through the retail ticket market (bank or currency supplier). This market means that the Czech crowns have had to be “transported” by someone for you to enjoy them (or bought from Czech tourists in Spain previously). In other words, moving banknotes from one place to another has logistic costs that will make its selling price more expensive (the exchange rate that will be applied to you by the seller).

-The Czech crown is a currency not very common or abundant in Spain, so it is not so easy to find it available for sale. Therefore it is good to anticipate the purchase and order it online to get a better price.

Tips if you are going to buy Czech crowns

Where to change Czech crowns

The 3 most popular places to exchange Czech crowns in Spain are banks, currency suppliers and the airport.

To find out the euro to crown exchange rate today, the best thing you can do is use our currency comparison engine. “Czech” us out!

Where to make a transfer of euros to Czech crowns

If what you want is to make a transfer of Euros to Czech crowns or vice versa, then you will really be making a currency exchange and not a travel money currency exchange. In this case, the operation is different. Money does not move physically in banknotes but instead transfers balance between bank accounts expressed in different denominations: euros and crowns in this case.

First of all, ask your bank what they will charge you for a currency transfer from your Euro account to another account in the Czech Republic (we assume) in crowns. Then apply the exchange rate to the amount sent and subtract the commission from the bank. This will give you a final amount in crowns to be received by the recipient of your Euro transfer to Czech crowns.

And then compare that price and the final crowns that reach the transfer recipient with the price of a couple of companies specialized in currency transfers such as Transferwise and Currencies Direct, which collaborate with Cambiator with adjusted prices.

And the other banks in Spain apply a less interesting rate and / or higher commissions as you can see in this table with the international transfer prices of Bunq (with the same engine and Transferwise price), N26, ING or AIB. On the right you have the amount in crowns that the recipient of your transfer will receive with each possible player. 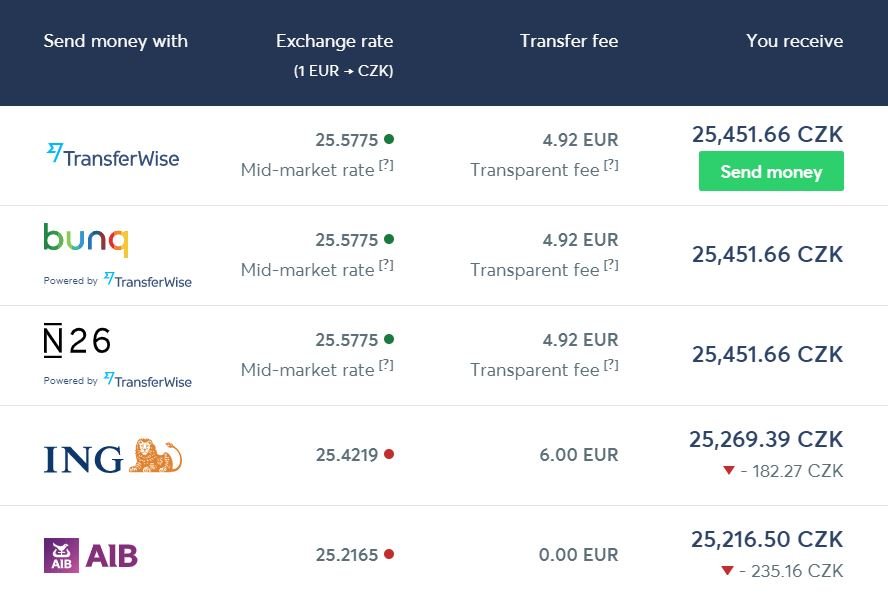 Therefore, we recommend clicking on our menu in the Transfers tab and simulating prices with Transferwise and with Currencies Direct before transferring euros to crowns with your usual bank.