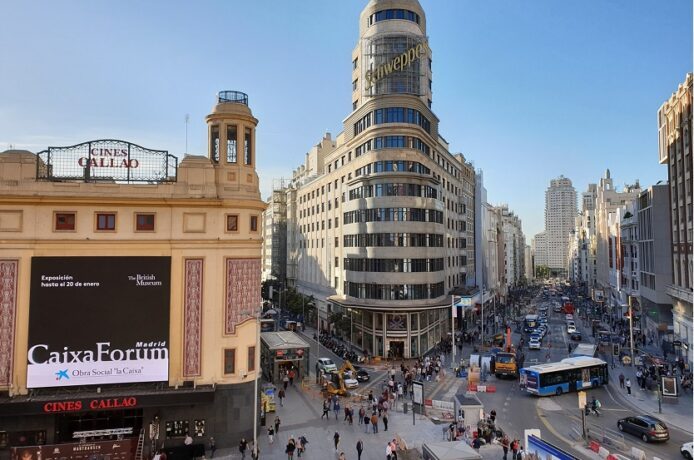 Where to get travel money in Spain

This is the second of three posts that I recommend reading if you are new to the currency exchange travel money industry. If you didn’t read the first one, please do it now before reading this second installment. It’s called “Currency exchange: fx vs travel money“.

Where to change foreign currency in Spain

In this post we show you the three alternatives to change currency in Spain in a serious and professional way, with the pros and cons of each one of them. Whether you are a resident in Spain or a visitor, read along and learn where to pay the greatest rates for your travel money.

Thousands of currency exchanges every day

Every day thousands of people traveling for work or pleasure, buy dollars, pounds, crowns, euro etc. In Spain many of them leave it until the last minute, and they change at the airport, where it is very comfortable and safe, but it is not cheap. And almost all of them have something in common: having no idea what type of exchange rate has been applied to them in the operation.

Every day, foreign exchange suppliers, airports and banks take advantage of our ignorance as users and apply high exchange rates, which are not very competitive, when they do not put us in addition a foreign exchange commission.

The result is that, we get much less foreign currency for the same euros (or vice-versa, less euros for the sames dollar or pound). Just as in the market you look at how much is the kilogram of [put the name of the food] in a supermarket and check the same in the neighboring store to choose the one that gives you the most confidence and best price, in the currency exchange, there are many options to buy foreign currency or get euro.

And Cambiator is here to tell you which ones and at what price.

Did you know that in Spain, if you buy 1000 dollars the difference between the best and the worst site can reach 120 euros? Or if you exchange 1000 pounds to euro, you can get around 100 euro plus only by choosing the right palce?

The currency exchange market in Spain

Foreign currency exchange operations are free in our country. In Spain there is not much transparency in the supply of foreign currency to individuals. There are basically three places where you can buy (sell) currency today: banks, exchange suppliers and airports.

We tell you the pros and cons of each of them.

Banks are our usual resource to buy foreign currency before traveling, when we go ahead. Obviously most of them only pay this service to customers but some like Caixabank have open to public stores in high street locations in Spain (Madrid, Seville, Málaga, for example).

In their favor they have to be absolutely reliable and they attend us at our branch. It is convenient to pick up the phone or send an email to our manager to ask for currency (in advance). In addition, as they know us as customers (they have all our personal data, income, tax returns, etc.), they do not need to ask us for additional supporting documents when we change currency.

Banks are said to “know their customers” and that they meet the “know your customer” (KYC) requirements of the anti-money laundering prevention regulations.

Against them they have that the banks do not like the currency exchange very much. They see it more as something that you have to have to satisfy your customer, rather than as a “profitable” service. In addition, in Spain they only sell at least twenty foreign currencies (convertible currencies).

If you need to change currency you will have to be patient. First you will have to ask for the travel money, then wait for your branch to ask their main office for the currency. Finally get back to the branch to collect your dollars, pounds, etc. and pay for them at the exchange rate of the day.

And if it’s an exotic currency that you want to buy, forget it, they don’t sell it. But they will try to endorse you “dollars” so that you later change them in destiny: come on, a double change!

With which, you better go to your bank at least 10-15 days in advance and not aim to buy a currency too exotic. They will not have it in wallet.

Finally, almost all bank entities charge you a 2- to 3% commission when you buy or sell foreign currency. So be very carefull if you are considering a bank as your next destination for travel money in Spain.

The “casas de cambio” are authorised retailers for travel money in Spain. They may be a natural or legal person (companies) of recognized commercial and professional reputations that have a license from the Bank of Spain to operate.

The Bank of Spain supervises and controls them, as it does with the banks, but it demands greater transparency and procedures when it comes to knowing their customers. Therefore, if you go to a bureau de change branch in Spain, they may ask you for your passport. You will also have a maximum limit in euros that you can change to another currency or vice-versa (around 5.900 euro per quarter). Stay calm, this limit is high enough not to fear, if what you plan is a tourist or business trip abroad or a short visit to Spain.

Within the exchange suppliers, the Spanish law distinguishes two types of businesses:

An activity license higher than that of fx suppliers, and just below the “bank card”, is the payment entity (entidad de pagos). This license also allows companies not only to exchange currency, but to perform quasi-banking services such as international wire transfers, open foreign exchange accounts, send money abroad, etc.

As for the pros and cons of currency exchange suppliers:

-In their favor, the “casas de cambio” have to be specialists in their field. The average number of currencies they operate in Spain can be around 80 currencies compared to the short 10-20 currencies that banks handle. Another point in their favor is that they tend to be in places with a lot of traffic (center of tourist towns, train stations and airports). Finally, they are beginning to offer home delivery of currency at reasonable prices (some), with additional services included in the price. And that open to anyone provided they have a resident permit when they buy travel money (euro to dollar, euro to pound, etc.).

-Against them they have the fact that there is not much competition between them in Spain and that the residents are still not very savvy. So, they don’t always offer you good prices. That is, there are big differences between them, depending on the currency in question and the time of the year.

That is, it is better to compare exchange rates every time you need them and not to think that such a exchange provider is always cheap per se, and it will always be the best exchange option. Their prices can oscillate enough for each currency.

If you are a resident in Spain

If you are a resident in Spain travelling abroad, it is worth trying the online purchase websites of the exchange suppliers or your bank (few still). These services are easy to understand and have good prices:

Once back in Spain you may get rid of your extra currency at these very services but this time you will have to choose a store nearby where to give back the extra currency in return for euros.

If you are not a resident in Spain

Both to get euros or to buy foreign currency, head to one of our currency exchange suppliers and choose a branch close to you. You can place a reservation and head to the branch on the chosen day to get your euro or your travel money what travelling abroad from Spain.

These 3 currency exchange suppliers accept to cooperate with Cambiator and compete with their daily rates.

Currency exchange at the airport

The airports are gigantic hubs of attraction of people. At the Adolfo Suarez airport in Madrid (Barajas) alone, it is calculated according to AENA that in 2018, almost 58 million passengers went by and another 50 million passed through El Prat in Barcelona.

AENA takes advantage of these flows to “market spaces” to multiple shops and services, within which, there may be banks or exchange suppliers that deal with the service of selling foreign currency (especially in the Departures areas of the airport), and purchase of currencies in exchange for euros, in Arrivals.

This privileged and exclusive situation that both AENA and the airport’s currency exchange service have, is very dangerous. They move more for the desire to make each client and the square meter of the airport profitable than for providing a service to a consumer who travels and needs to change currency. That is why airports are today the least interesting option to change currency in Spain (and anywhere in the world!).

-In favor: the currency exchange services at the airport are very comfortable and safe since they are located in the “flows” of correct passengers (those that leave or those that arrive) and generally in the “sterile” zone once the Security control. Better to change there than in the public area of ​​the airport or in destination in the center of a busy and distant country, with voyeurs and in another language.

-Against: the main problem of currency exchange at airports is that it is expensive, quite expensive. And this because the airport authority wants to get a good return on each exchange transaction, and the service manager (bank or exchange supplier) as well. In the end, or the exchange prices are high or the numbers do not come out. For this reason, the average amounts exchanged by users at the airport are usually lower than those exchanged at the bank or the exchange house. It is changed more for convenience than thoughtfully.

* Royal Decree 2660/1998, of December 14, on the exchange of foreign currency in establishments open to the public other than credit institutions.

Cambiator is the first currency exchange comparator for travelers. We have come to Spain to introduce transparency in the currency exchange market and to help you find the best price every time you change money for your trips abroad.

This is the second of three must-read posts for those who start in the currency exchange (the first is called “Currency exchange: fx vs travel money“). The next one that I advise you to read is “Travel money tricks“.