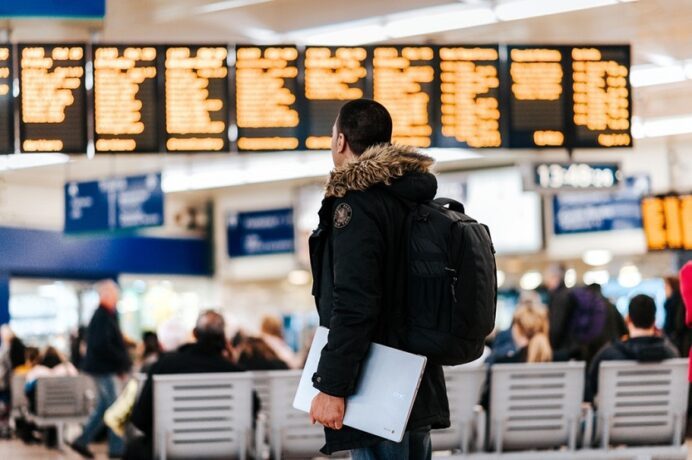 One of the most common mistakes made by users who travel is to confuse currency exchange rates for travel money (we call them “cambio de moneda” in Spanish) with those of currencies exchanged via wire tranfers (we call this “cambio de divisas”). It’s not the same! And the fault of our confusion is the currency converters.

The process of searching for an exchange rate for travel money looks like this below. We want to know the Euro to Dollar rate today. So we go to Google, type “euro to dollar exchange rate”,  and see something like this: 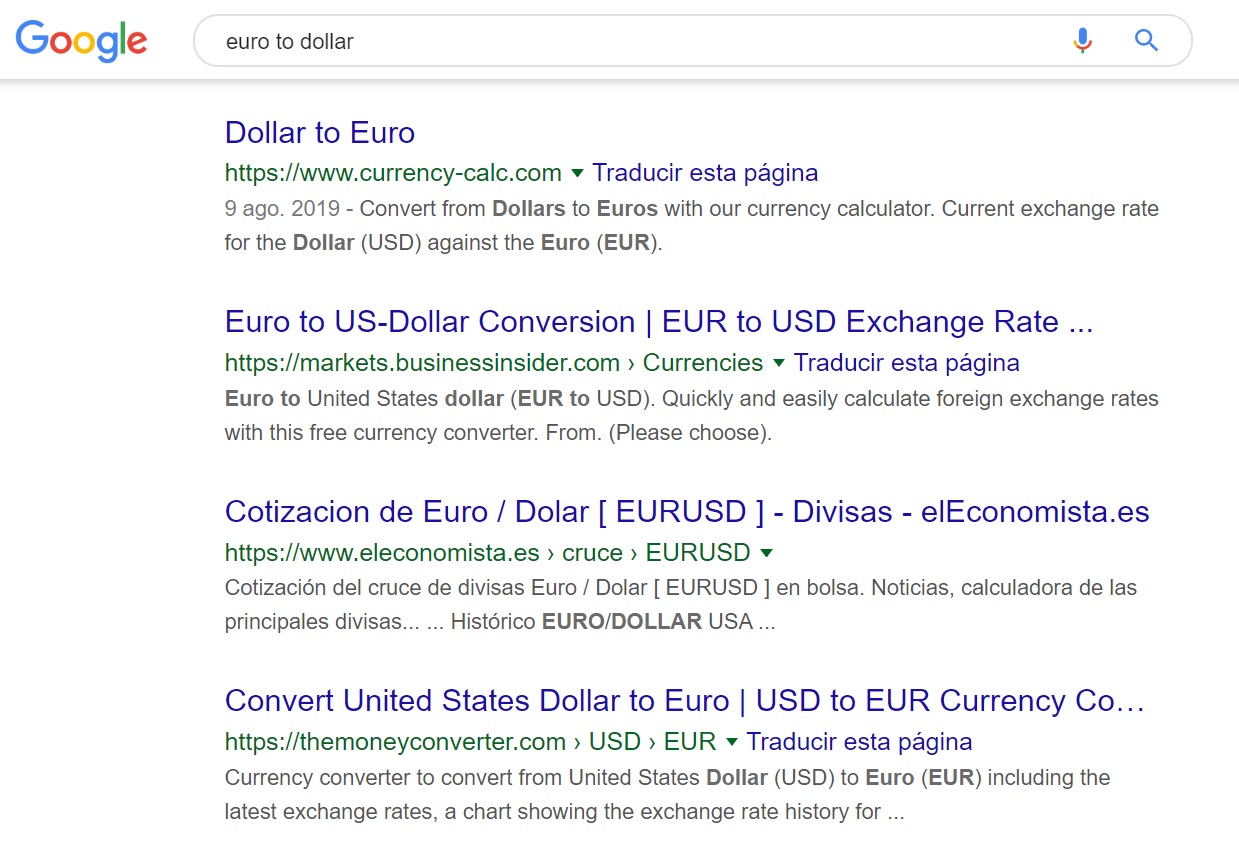 If you realize, all these websites, which are called currency converters, talk of “quotes” and “currencies” (fx), but there is no talk of paper currency (foreign currency in bank notes, that is, travel money).

If you get into any currency converter (XE, Oanda, Cuex, Coinmil), you will see that all are similar. They have a kind of “exchange widget” where you select a foreign currency and they give you the exchange rate (quote) in real time, compared to another (in Spain the Euro). It’s what they call “real-time market types”. Something like this: 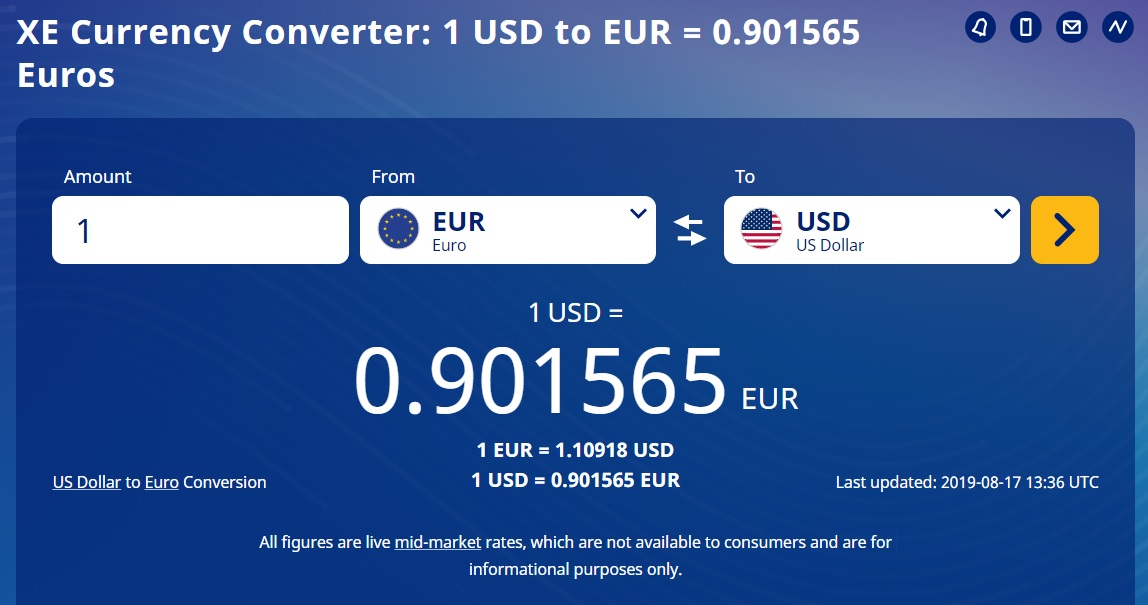 Look at the text at the bottom of the image:

All figures are live mid-market rates, which are not available to consumers and are for informational purposes only.

And we would have to add a “To see the rates we quote for home delivery of money”,… use a currency exchange comparator such as Cambiator.

If you look carefully, the euro-dollar exchange rates on Saturday August 17, 2019 are these for currencies and for currency.

Therefore, what you see in a currency converter does not have to do with the price at which a currency is sold on average (in physical bank notes) in a bank or bureau de change. Let´s see this in more detail.

Currencies are the different official payment units of each country.

What is currency exchange?

Currency exchange is the set of transactions for buying and selling currencies that banks and companies do with each other within their international operations. These exchanges are made in the form of “account entries”, and do not require the physical movement of bank notes from one currency to another one.

It is a “virtual” market, in which the participating entities transfer balances between bank accounts expressed in different currencies (euro, pound, dollar, yen, etc.), applying an average market exchange rate to each transfer. This type of change is said to be “wholesaler”, because it is intended for large companies and banks that make large balance movements into account with each other.

What is currency exchange?

Currency exchange is a commercial activity that requires the physical exchange of notes of one currency (euro, dollar, etc.) for notes of another currency (dollar, pound, euro, etc.). It is usually done by banks and currency exchange suppliers, face to face, cash to cash.

These take the wholesale price of a currency pair (i.e. euro to dollar) for the day, and apply a profit margin. Banks (and some fx suppliers) in Spain also apply a commission on the volume of money in euros that you change. For this reason it is good to compare each day between the different suppliers that offer you foreign currency to see which one is the most interesting.

Depending on the people who exchange money, the currency exchange can be:

The currency exchange can be of two types depending on the channel through which it is made:

Depending on the type of currency exchange operation and with respect to the local currency:

Although colloquially we use currency and currencies interchangeably to refer to the same, it is important to clarify that:

Cambiator is the first currency exchange comparator for travelers coming in or leaving Spain. We have come to Spain to introduce transparency in the currency exchange market and to help you find the best rates every time you exchange money for your trips abroad or buy euros with foreign currencies.

Remember: Internet currency converters show prices that you will not find in your bank or exchange office.

This is the first of three posts that I recommend reading if you are new to the currency exchange business. The next one that I advise you to read is “Where to change foreign currency in Spain”.