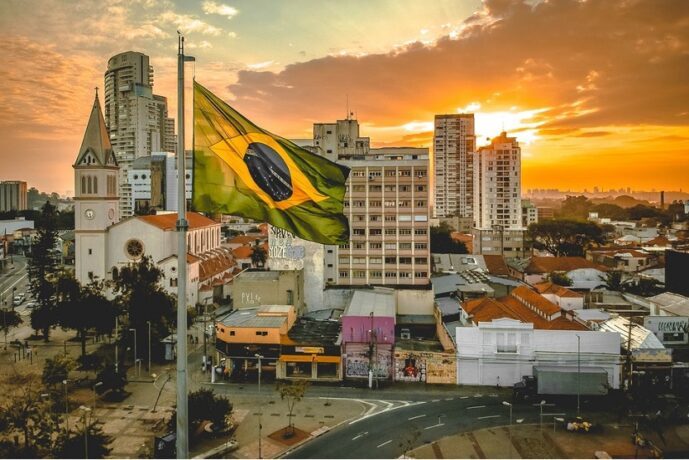 The currency of Brazil is the Brazilian real. The real is represented by the R $ symbol and its ISO 4217 code is BRL.

The real is divided into 100 cents (¢). At present, 1 euro is equivalent to about BRL 4.53 (see below). Therefore, a real is today, in return, just over twenty euro cents.

History of the Brazilian real

The currency of Brazil has always been the real, but has been conditioned by the ups and downs of the economy and periods of high inflation in Brazil. This was so except for the period between the mid-seventeenth century and until 1942, when a monetary reform eliminated the real after the cruzeiro.

Subsequently, the cruzeiro, a currency that was divided into 100 cents, was in force between 1942 and 1986, when a new reform gave it a settlement, to give way to the “cruzeiro” until 1989 at the rate of 1 cruzeiro = 1000 previous cruzeiros.

Since July 1994, the real (Series 1) is the official currency of Brazil and remains a stable currency. Between 1998 and 2010 there was a second currency issue with designs that sought to improve security to prevent counterfeiting (Series 2).

The Central Bank of Brazil (BCB) is the highest monetary authority in Brazil, in charge of finance and the economy in the country. It also deals with the issuance of currency (moedas do real) and banknotes (cédulas do real) in Brazil.

The Bank has also issued an interesting phone App with all the details on the Brazilian currency.

Real banknote issues have been made in 2010, 2011 and 2012 to increase their security measures and prevent fraud and forgery.

In this image we show you all on the same scale but keep in mind that these banknotes have different sizes according to their facial values to help people with visual impairment.

Real banknotes in circulation in 2019-2020. Each one of them shows the “Efigie da República” on the front and a native Brazilian animal on the back.

The two reales bill (dois reais card) is dark blue and was launched on July 29, 2013. It measures 121 mm × 65 mm and on the obverse shows the Effigy of the Republic. On the reverse appears a sea turtle.

Its countervaluation in euros would be today in currency providers in Spain of about 40 cents.

The five reais bill (five reais card) is purple and was launched on July 29, 2013. It measures 128 mm x 65 mm and on the obverse shows the Effigy of the Republic. On the reverse appears a great heron from Brazil.

The counter value of the 5 reais bill today in exchange houses in Spain is one euro.

The ten reais bill (dez reais card) is reddish and was launched on July 23, 2012. It measures 135 mm × 65 mm and on the obverse shows the Effigy of the Republic. On the reverse appears a macaw or arara.

The counter value of the 10 reais bill today in exchange houses in Spain is two euros.

The twenty-real bill (védule de vinte) is of yellow tones and was launched on July 23, 2012. It measures 142 mm × 65 mm and on the obverse shows the Effigy of the Republic. On the reverse appears a golden marmoset lion monkey (Leontopithecus rosalia).

The counter value of the 20 reais bill today in exchange houses in Spain is four euros.

The fifty-royal banknote (cinquenta reais card) is brown and was launched on December 13, 2010. It measures 149 mm × 70 mm and on the obverse shows the Effigy of the Republic. On the reverse appears a jaguar.

The counter value of the 50 reais bill today in exchange houses in Spain is ten euros.

The one hundred reais banknote (cédula de cem reais) is light blue and was launched on December 13, 2010. It measures 156 mm × 70 mm and on the obverse shows the Effigy of the Republic. On the reverse appears a mere (Epinephelus marginatus).

The counter value of the 100 reais bill today in exchange houses in Spain is twenty euros.

Here you have enlarged the currency of a real (1 R $) with the effigy of the Republic of Brazil on its obverse. The counter value of this currency of a Brazilian real is about 20 cents.

The euro to brazilian real exchange rate oscillates at all times. If you search Google for “euro to brazilian real rate” you will find dozens of websites (“currency converters”) that offer a “rate” of the day, even with the prices of Google Finance. Something like this (December 27, 2019):

As you can see, the exchange rates last year have ranged between 4.2 and 4.6 reals per euro, but keep in mind that this graph represents the value of the real “currency” against the euro, and not that of the real paper currency, which is lower. In fact, in the currency suppliers in Spain you can buy Brazilian reals at an exchange rate of between 3.97 and BRL 4.01 for each euro. Nothing to do with the real euro currency exchange.

-These rates you see are usually wholesale prices of the real currency versus the euro currency and have nothing to do with the travel money rates;

-This rate can only be shared between banks. That is, it is impossible to get it as a private individual;

If you need real banknotes you will have to go through the retail travel money market (bank or currency supplier). This market means that the real banknotes have had to be “transported” by someone so that you can enjoy them (or bought from travelers from Brazil passing through Spain previously). In other words, moving banknotes from one place to another has logistic costs that will make their selling price more expensive (the exchange rate that will be applied to you by the seller).

-The real is a currency not very common or abundant in Spain, so it is not so easy to find it available for sale. Therefore it is good to anticipate the purchase and order it online to get a better price.

To know the Brazilian real euro exchange rate, in currency providers, high-street banks and the airport, in Spain please use our currency comparison engine which is free for users:

Where to exchange Brazilian reals in Spain

The 3 most popular places to change reals in Spain are banks, currency exchange providers and the airport.

Where to make a bank transfer from euros to reais

If what you want is to make a transfer from euros to reals or vice-versa, then you will really be making a currency exchange and not a paper travel money currency exchange. In this case, the operation is different. Money does not move physically in banknotes but instead transfers balance between bank accounts expressed in different denominations: euros and reals in this case.

First of all, ask your local Soanish bank what it will charge you for a currency transfer from your Euro account to another account in Brazil (we assume) in Brazilian reals BRL. And apply the exchange rate to the amount sent and subtract the commission from the bank. This way you will get a final amount in reals to be received by the recipient of your transfer of euro to reals from Brazil.

And then compare that price and the final reals that reach the transfer recipient with the price of a couple of companies specializing in currency transfers such as Transferwise and Currencies Direct, which collaborate with Cambiator with adjusted prices.

Therefore, we recommend clicking on our top menu in the Bank Transfers tab and simulating prices with Transferwise and with Currencies Direct before transferring euros to Brazilian reals or vice-versa with your usual bank.